Upon your arrival at Zagreb you will be warmly greeted by an IBMT Tours representative at the airport. You will be met at the airport and transferred to your hotel. The balance of the day is at leisure. Dinner and overnight. (Dinner) 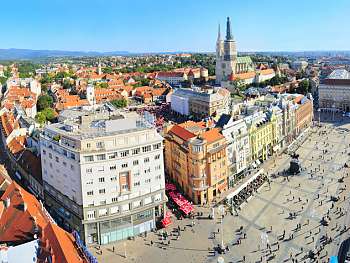 A morning sightseeing tour will take you through the historic Upper Town. See St. Mark’s Church, St. Catherine’s Church, the Cathedral, Parliament, and the Government Palace. The rest of the day is yours to explore the winding streets of the old town at your own pace or perhaps take an Optional excursion into the countryside. (Breakfast)

Optional excursion(countryside) -
ZAGREB / KUMROVEC AND DINNER
A short yet scenic drive takes us to Kumrovec, situated on the bank of the river Sutla, along the Croatian-Slovenian border. Kumrovec’ fame is that it was a birth place of the late marshal Tito, the president of former Yugoslavia, whose house has been turned into museum. Today, the major attraction of Kumrovec is the Ethnological Museum Staro Selo (Old Village) with very well preserved village houses from the turn of the 19th – 20th century. So far 40-odd houses and other farm-stead facilities have been restored, which makes Staro Selo the most attractive place of its kind in Croatia. Later, we follow a winding road through the Zagorje hills. An early dinner of genuine local specialties and wine is served at the restaurant/farm Gresna Gorica (The Hill of Sin) with magnificent view of the 15th century castle Veliki Tabor. 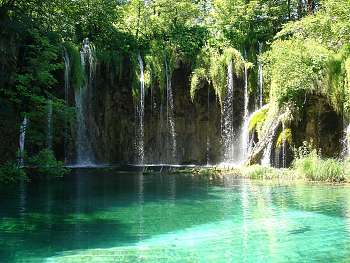 Head south for a visit to magnificent Plitvice Lakes National Park, a UNESCO World Heritage site. Enjoy the breathtaking scenery of this natural wonder with its 16 terraced lakes surrounded by forested mountains and lush vegetation. A walking tour takes you around several of the lower lakes. On to Zadar and the port to embark on your boat. Later, gather with your fellow “sailors” for a Welcome Reception on board followed by dinner. (Breakfast, Dinner) 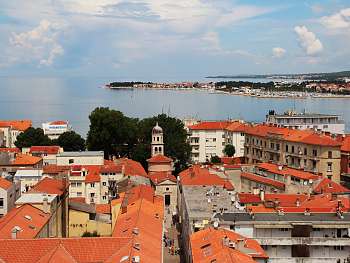 Zadar historical center is a pedestrian zone, perfect to explore on foot. Set out on a walking tour and admire the 16th-century walls built in by Venetians as a defense from The Turks. On to see the 16th century Port Gate where the Venetian lion still stands guard over the entrance, the Square of the Five Wells, Church of St. Donat, the Roman Forum (1st century BC) and the largest cathedral in Dalmatia, St. Anastasia. Returning to the boat, enjoy lunch as you sail to Sali. Explore the town tonight, and have dinner on your own in one of the restaurants. (Breakfast, Lunch) 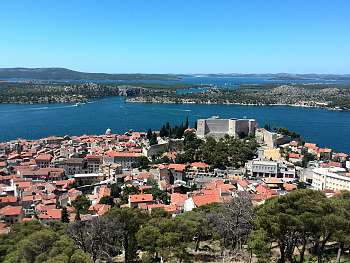 Take in the scenic natural beauty of two National Parks today. Start in the Kornati, home to more than 140 islands with numerous coves and crystal clear waters. Stop for a swim during your lunchtime cruise. Next is Krka, with its breathtaking waterfalls. After your visit here, coach to Sibenik where your ship is anchored. Your evening is at leisure in town. (Breakfast, Lunch) 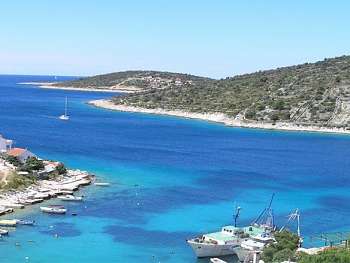 Take a break for a swim during your morning cruise. Sail through lunch, arriving in the UNESCO-listed city of Trogir this afternoon. There’s time on your own before heading to Split. Here, a walking tour of the historic inner city shows off the Roman Emperor Diocletian’s Palace, a UNESCO World Cultural Heritage site. See the remnants of Split’s Roman heritage, its Renaissance and Gothic structures, Jupiter’s Temple, the Peristyle, and the Cathedral. (Breakfast, Lunch) 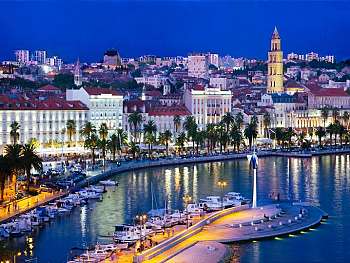 Stop in Bol, home to one of the best beaches in Croatia, the Golden Horn. This long, golden pebble beach is unique in that it changes shape and position depending on the winds. Go for a swim in the clear blue waters before sailing to Hvar. Here, a sightseeing tour includes views of the first public theatre in Europe (older than Shakespeare’s theatre in the UK), the Franciscan Monastery, and many more historic sights. The evening is free to explore Hvar and to dine on your own at one of the excellent restaurants. (Breakfast, Lunch)

Note: Due to the limited capacity of the Hvar harbor (during peak season in July and August) port of call can be substituted for Stari Grad/Jelsa.
In that case, transfer by bus will be organized to and from Hvar. 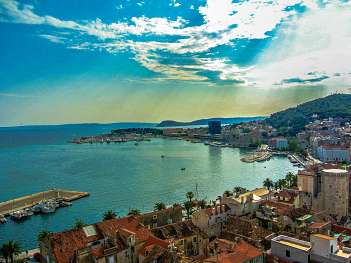 After breakfast set sail for Korcula, with an early afternoon arrival. Korcula town is thought to be the birthplace of the famous explorer Marco Polo. Take a walking tour through its narrow, cobbled streets and visit the majestic Gothic-Baroque Cathedral of St. Mark. Continue sailing to the the island of Mljet, where you will enjoy the afternoon tour of
Mljet National Park, as you walk around the Great and Small Lakes. This lovely island was supposedly a favorite holiday spot for the Greek hero Ulysses! Tonight, enjoy the captain’s dinner with live entertainment on board your ship. (Breakfast, Lunch, Dinner) 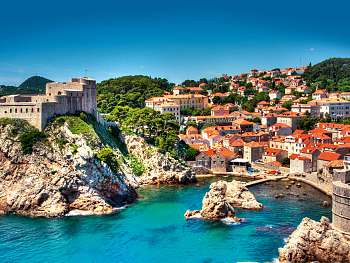 In the morning sail to Dubrovnik, so-called “Pearl of Adriatic,” a UNESCO World Heritage site. While in Dubrovnik, take a walking tour of the old town and visit the Rector’s Palace and Franciscan Monastery with its Pharmacy. The remainder of the day is free; perhaps discover this lovely city on own or enjoy last minute souvenir shopping. (Breakfast, Lunch) 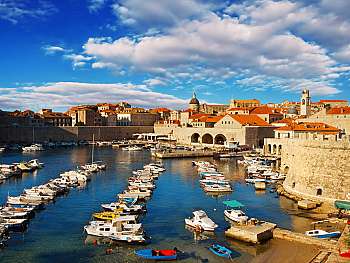 Disembark after breakfast. You will be transferred to Dubrovnik airport for your flight home. (Breakfast)

End of our service. 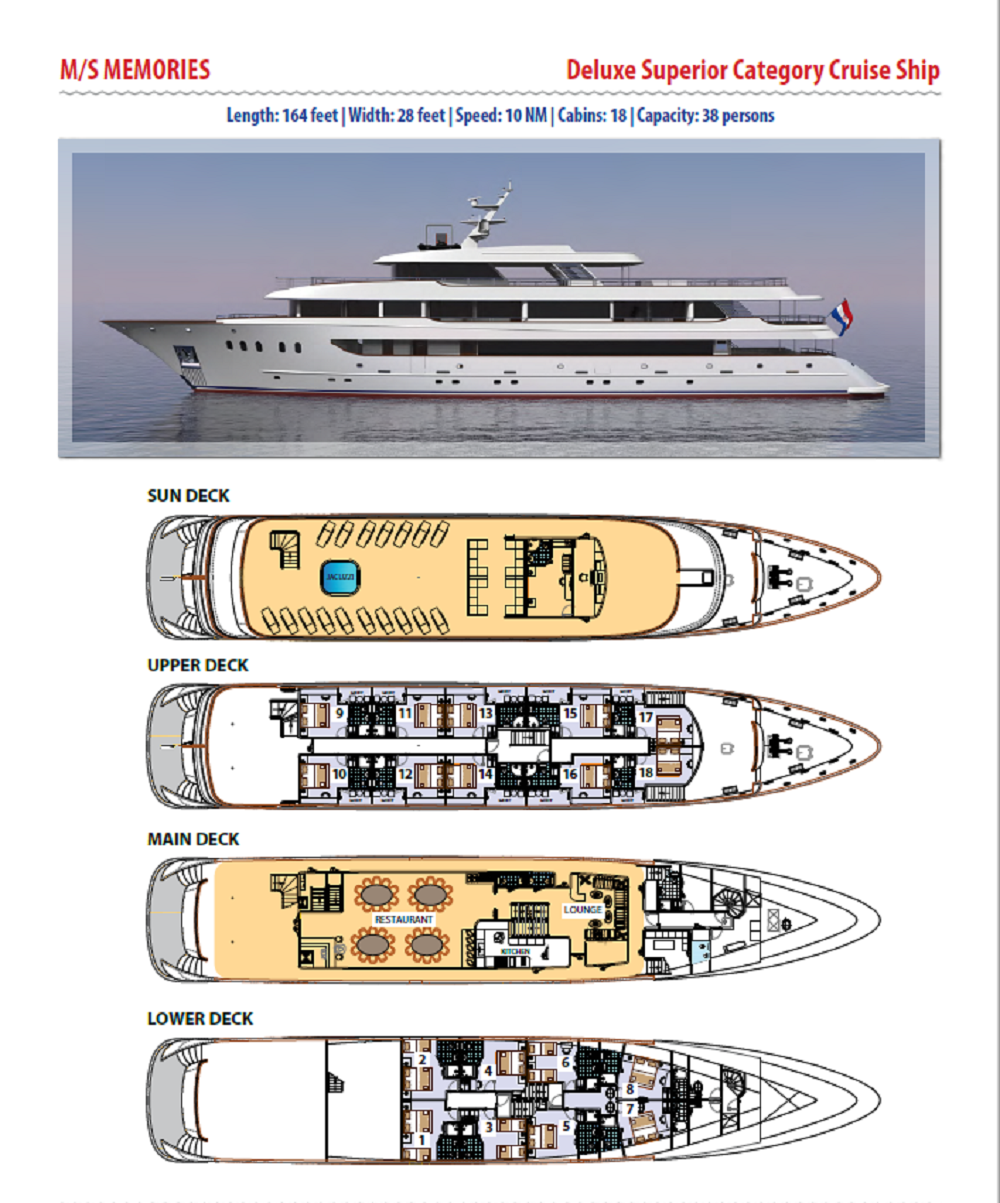 We recently returned from a IBMT Tour for our son’s Bar Mitzvah and we all agree that it was the best vacation that we have taken to date.  The tour was well organized and the staff were friendly and very knowledgeable.  The events that they include in the tour include everything “must see” in Israel and activities that will make you laugh, cry, and everything in between.  The tour allows for activities for all ages and accommodates anyone who wants to do more or less than they have planned.  It is ...

The visit to Israel was better than advertised. All of us had an awesome and inspiring vacation or as I call it, an education. Danny is one of the nicest and smartest men I have had the pleasure of meeting. He made the trip so special and I cannot imagine any other person showing us Israel but Danny.

Hotels were great but for Eilat, but no big deal. Food in Jerusalem and Tel Aviv restaurants were delicious. Sheila in Tel Aviv was extraordinary. Dinners at hotels just “so so”. Loved Mitzpe ...

Thank you very much for the IBMT Bat Mitzvah tour we just completed.  We had a fabulous time & there were lots of special little parts from the tour that contributed to that.  The different experiences for dinner were very special, and I liked the variety of different types of sites/attractions.  Our tour guide Natalie was excellent, and I heard good things from the other group about their guide Liat.

I had a fabulous time on this tour and highly recommend it to anyone interested.  We had an especially knowledgeable guide with us Doron Hoffman who as a history major added so much more information and had a great demeanor.  I was part of an international group and made some new friends.