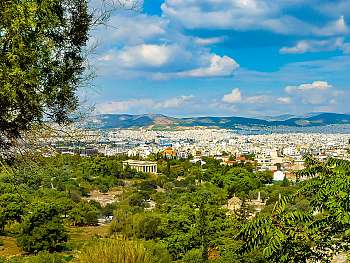 Upon arrival, you will be welcomed by IBMT Tours representative and transferred to your hotel. On your way, you will enjoy scenic locations passing through city Highways, underpass tunnels, natural white stone walls and architecture to be familiar with the city of Athens. After reaching selected hotel, you will have time to explore surroundings during your leisure time. Overnight Athens. 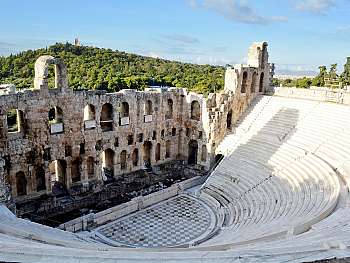 Morning sightseeing tour of Athens, including all famous monuments: The Panathenaic Stadium, The ex. Royal Palace, The Temple of Olympian Zeus, The Hadrian’s Arch, The Parliament, The Tomb of the Unknown Soldier, The Academy, The University, The National Library and The Constitution Square (Syntagma). Tour ends with visit at The Acropolis and The New Acropolis Museum. Rest of the day at leisure. (Breakfast) 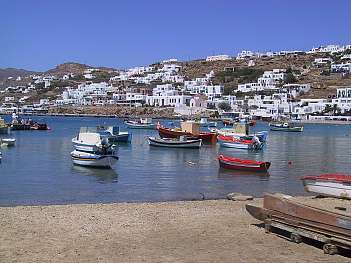 After breakfast at hotel, you will be transfered to Piraeus port, to embark on your selected cruise ship and start your 4-night cruise to the Greek islands & Turkey. (Brakfast). 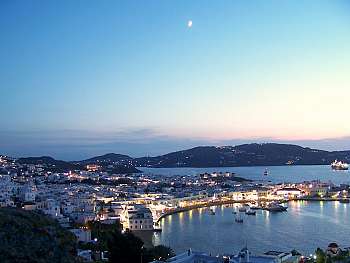 First port of call is the Turkish port of Kusadasi. Included excursion to visit Ephesus, one of the most complete ancient cities ever excavated. Then on to the island of Patmos, where participating in the optional tour, you will have the opportunity to visit the Monastery & the Grotto of St. John, where he lived and recorded the Book of Revelation. (Breakfast). 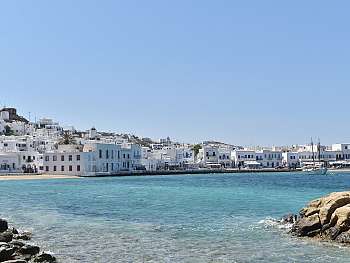 Early morning call to the magnificent island of the roses. Included excursion to the south of  the island to visit the city of Lindos, with its ancient Acropolis on top of the mountain and the beautiful bay of St. Paul. In the center of medieval Rhodes, one sees the Citadel of the Crusaders of the Knights of the Order of St. John, who at the time left behind his dominions to fight against the Sultan Suleiman the Magnificent. (Breakfast). 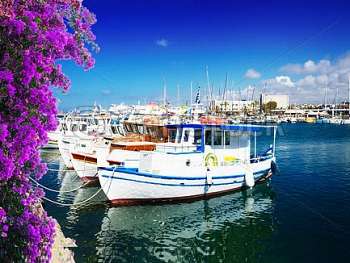 First port of call is the Cretan port of Heraklio. Take the opportunity to participate in the optional tour to the Palace of Knossos, to visit the center of the Minoan Civilization. Continue the afternoon to the mos breat-taking island Santorini, belived to be the lost continent of Atlantis. Optional excursion to the picturesque village of Oia with its blue domes, wonderful scenery and one of the best sunsets in the world. (Breakfast). 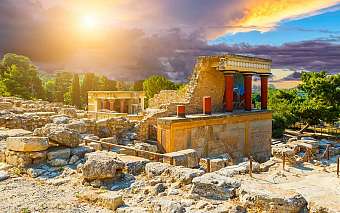 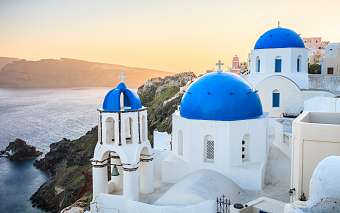 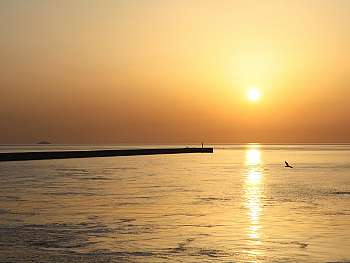 Early arrival in the morning in the port of Piraeus. Breakfast on board, disembarkation and transfer to your chosen hotel. Day at leisure in the vibrant city of Athens for personal activities, shopping or an optional tour. (Breakfast) 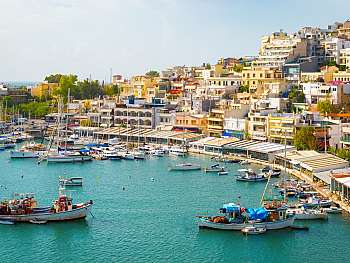 After breakfast, according to your departure flight, you will be transferred to the airport. (Breakfast).

Imagine going to Paris without looking at the Eiffel tower. The same counts for coming to Crete and not visiting Knossos. This is where European civilization began, an era ruled by powerful King Minos, a place full of myths and legends, (think Theseus, the Minotaur and the Labyrinth). The layout of the palace was so complicated; the courtiers needed a plan to move through it. Flourishing between 3,000BC and 1400BC, it strangely disappeared, only to be discovered again by the English archaeologist Sir Arthur Evans at the turn of the century. Now partly reconstructed, blood red columns and gigantic double-headed axes are a vivid reminder of this forgotten and disappeared race.

Free time will allow you to explore the streets of the Cretan capital, Heraklion, whether it is shopping in the vast array of shops, browsing through the vegetable market, or sightseeing at the Venetian harbour with its many fishing boats, you'll enjoy yourselves. Finally, we will visit the town archaeological museum. Here the most extensive collection of Minoan treasures is exhibited, revealing the legends and mysteries of this area.

First you head up to Megalochori village, one of the most authentic and unspoiled villages of the island with its distinctive architecture and character.
We will continue on to the east, in the background, you will have settlements like Kamari and Monolithos, while you will pass through Fira, the small traditional villages of Firostefani and Imerovigli with delicate architecture and beauties, to eventually arrive at the settlement of Oia. During the entire route, to the west you will have before your eyes the lace-like caldera, the little islands of Thirasia, Palea and Nea Kameni and an unsurpassable panoramic view. In Oia you will have plenty of time to stroll through the marble-paved alleys, to gaze at the adorably cute shops, to take pictures, to become acquainted with the characteristic buildings, carved into the rocks and the unusual captains’ manors, the settlement Ammoudi at the foot of the caldera… After your curiosity has been sated of the area which is characterized as being of “exceptional natural beauty”, your return begins …

The picturesque alleyways wind upwards, towards the Monastery of St. John the Evangelist, founded in 1088 by St. Christodoulos. The visit will open the doors for you of the Monastery’s yard, the place where the monks take their meals and the old bakery. Of exquisite beauty is the tour of the Byzantine Church of St. John, which is adorned with a wood-carved icon screen, important frescoes from several periods, with both mosaic and other icons. Next stop, the small museum which hosts religious treasures of inestimable value, like manuscripts, medieval textiles, sacerdotal vestments and others.

Walking down the stairs, the religious energy that you will experience is soul touching. Behind the chapel of St. Anne lies the entrance to the Grotto of the Apocalypse. You will see the cross engraved by St. John the Evangelist, according to tradition, the triple fissure in the wall of the cave, from where St. John heard God dictating to him the Apocalypse. And also the spot where he lay down to sleep.